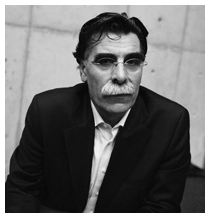 In the interviews he’s given to the media, the Iranian born writer Kader Abdolah says that he hopes that his books will lead to a better understanding of Islam and help promote the dialogue between Muslims and non-Muslims.

But the views he expressed on October 29 in front of the packed audience at Maastricht University were very hard to hear for faithful Muslims like myself.

Kader Abdolah’s real name is Hossein Sadjadi Ghaemmaghami Farahani. He chose his pen name in honor of two friends who died under the Iranian regime. He fled his country as a political refugee in 1985 and has been living in the Netherlands since 1988.

Kader Abdolah writes in Dutch and his latest work is a translation into Dutch of the Qur’an, the Muslim holy book. More precisely, he not only translated the Qur’an but also revised it along the way.

Granted, he was an amusing speaker. He started off by saying that he wasn’t well prepared because he thought that he was going to be interviewed. He entertained the audience with many jokes of this kind during the two hour lecture, which he gave in Dutch.

Abdolah explained the reasons that led him to write a new translation of the Qur’an in Dutch and said that his books are always based on personal experiences. In this case, it all started when he suddenly heard a voice in the middle of the night, telling him that he had to “do something about the Qur’an.”

He began to read the Muslim holy book but found it too difficult to understand. In his opinion, this difficulty is not coincidental: “It makes the Qur’an look more divine.” But not very accessible, he thought.

He therefore decided to write a new version of the Qur’an, in Dutch, and to rewrite it in a more intelligible language.

He cut the many repetitions and also changed the order of the suras. He said that he doesn’t think that the liturgical character of the Qur’an was affected by these changes. He argued that he kept the rhythm of the text and added more beauty to it. In fact, he even referred to his translation as “the best” and joked that he “learned this arrogance from the Dutch.”

Kader Abdolah’s dream was to become a noted writer; he kept hearing a voice in his mind telling him that the impossible could become possible. Now he is an awarded author in the Netherlands. He’s received the Dutch E. du Perron prize for his literary work and on the very day of the lecture the University of Groningen announced that it would award him an honorary degree for “his contribution to the knowledge and understanding of Islam in the West.”

For many Muslims in the Netherlands however, Abdolah’s version of the Qur’an is a difficult thing to accept. In fact, the Iranian author acknowledged that he was recently told in the mosque of Gouda that “it wasn’t needed.”

As a Muslim of Moroccan origin, I understand the reasons for this rejection. For many Muslims, rewriting the Qur’an is considered as an act of disrespect towards our holy book.

A common belief among Muslims is that the prophet Mohammad received God’s words and passed them on. Because he was an illiterate man, other people wrote down his words into a book which became known as the Qur’an.

Rewriting the Qur’an – and making it his own – is something that Kader Abdolah says he was able to do because of his Shi’a background. Shi’a Muslims are allowed to add or omit words to create their own interpretations of the Qur’an, he explained. Abdolah said that he inherited this tradition from the Persian masters who also revised, translated and interpreted the Qur’an in their own way. “Something typical for the Persians,” he said. “The Moroccans and the Turks are not able to do something like this, because they are Sunni.”

“Well,” I couldn’t help reflecting to myself, “the great majority of Muslims are Sunni too and wouldn’t do this either.”

Listening to Kader Abdolah, I could see that he’s a man who didn’t have a very lucky past. During the time that he lived in Iran, he saw a modern country change into a strict Islamic land and people being forced into becoming Muslims. Then he had to flee his homeland because of political repression. Such events contribute to a man’s views about life and the world. No wonder that they are reflected in his writings.

Yet some of the things he said were disturbing. He called the prophet a paedophile, made fun of some Qur’anic verses – verses which are also written in the Bible, something that he did not consider. I found it strange that he made those comments. Someone with an Islamic background wouldn’t usually do this. But I suspect that publicity and media attention play a role in his case. Why else aren’t the other translators of the Qur’an as well known as Kader Abdolah in the Netherlands?

I resent the fact that once again Islam was presented under a misleading light, that of a religion for oppressors and extremists, and this time by a noted writer. It frightened me to see how the audience simply went along with it, and laughed at his jokes about the Islam.

The Muslim community in the Netherlands is continuously overflowed with unfavourable coverage from the media and Abdolah’s lecture appeared to “fit” well in a society where multiculturalisation and the Islam are often placed in a negative spotlight.

For me and my fellow Muslim friend in the audience, the evening was unfortunately another confirmation of how things are going here and everywhere. We felt insulted by Abdolah’s unjust statements, like the fact that he didn’t believe that Muslims can communicate with God without the mediation of the prophet. In our view, when Muslims read the Qur’an, they read God’s words, and when they pray, they can pray and reach God without the help of a preacher.

Yet, I didn’t have the impression that the audience thought that Abdolah was making controversial statements. Everyone seemed to accept his views and eager to have him autograph their books during the book sale that was held during the break.

After the lecture my veiled Muslim friend and I were approached by a group of Dutch listeners, who wanted to know what we thought about the speaker and how representative his book was of the Qur’an. This interest pleased me because tolerance will only gained if there is knowledge from all parties.

We told them why we disagreed with Kader Abdolah and when they asked us if we thought they should read his version of the Qur’an, we advised them to choose one of the official translations instead. They reacted very well and liked to hear our points of view because they said they also wanted to know what other Muslims thought about the matter.

I left the lecture with the conviction that in the world of today where people of all races and beliefs live together, it is more important than ever to respect other cultures and religions and to learn from each other. Only then will we have a better world. This is something I want to contribute to.